I was reminded of how much of an impact small things can have on your life after I started using a new water bottle last week and saw my water consumption drastically increase.

This lesson was one of the first things that I internalized when I started studying design (and it probably goes without saying that it’s generalizable haha)—habits, physical objects, aspects of the environment, etc. can all have seemingly disproportionate effects, and not just in an emergent/gestalt sense.

For instance, there was a housing project in St. Louis known as Pruitt-Igoe that turned into a crime hotspot and was demolished around 20 years after completion, despite a ton of public enthusiasm and optimism for the plan. There were a bunch of factors that contributed to its decline, but one of the dominant ones was a design decision that had an unexpectedly large negative effect: to reduce elevator congestion, the elevators only stopped at certain floors, forcing residents to use the stairs in between certain floors. The number of residents sharing each stairway made it difficult to know which pedestrians were actually residents and which were intruders. And a lack of funding for building maintenance combined with the sheer amount of foot traffic also led to the stairways quickly falling into disrepair. Both of these factors contributed to the stairwells ultimately becoming sites of frequent muggings. In contrast, the Pruitt-Igoe apartments that “clustered around small, two-family landings with tenants working to maintain and clear their common areas were often relatively successful,” as were the adjacent Carr Village apartments.

This lesson is also embodied by the “For Want of a Nail” proverb. 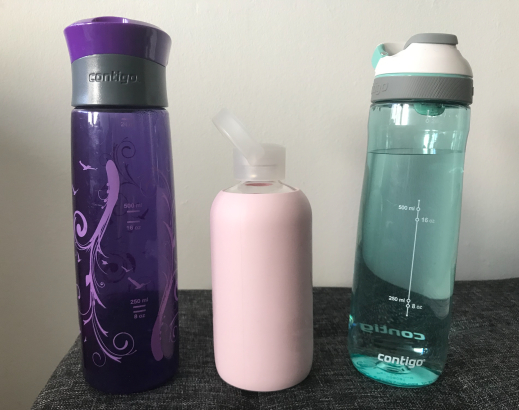 To go into more detail about my new water bottle, the story behind these three water bottles is that I realized in September that I’d been using the purple one for like 10 years(!!) and I wanted a new one, mostly because I really no longer liked its appearance. I ended up getting the pink BKR bottle as part of the Sunday Riley subscription box (which ended up not being a good purchase, btw), and used it for around 4 months before admitting to myself that I hated it. There were many annoying things about it: it was difficult to fully clean (because of the silicone ring in the lid), it got gross super fast (because you drink directly from the mouth), and it wasn’t super compatible with my water dispensing system (the opening is pretty small). All of those small inconveniences ultimately resulted in me drinking a lot less water, which I only realized after getting my new water bottle, which has been wonderful so far. It’s actually the most recent version as the purple water bottle (which yeah, if I used it for 10 years is probably pretty great/well-designed), and I totally recommend it if you’re looking for a new water bottle that is spill-proof, easy to clean, single-handedly operable, and see-through, and has a non-straw but still indirect method of drinking!

The life hack way of framing this lesson is that having the right tools/products/systems can be hugely enabling. Why make an aversive task more aversive by using the wrong tools/products/systems? Off the top of my head, here are some of the other ways I’ve made use of this in my life (aside from the small habits that I’ve already written about): having designated spaces for categories of things (e.g., organizational containers) to facilitate tidiness, purchasing a cushion for my desk chair so that my back can be upright while I work, having a meditation cushion and yoga mat readily accessible in my room (in general, associating physical locations with certain tasks/actions/ways of being) to encourage me to meditate/not be at my desk/stretch/exercise.